* It’s important to know and trust who handles your money. Check the background of AMG Chico’s professionals through FINRA’s BrokerCheck. 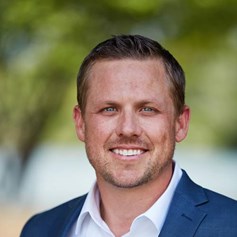 Danny joined Asset Management Group in 2012 and has been a financial advisor in the Chico area since 2006. His career started with Merrill Lynch in 2004 while attending school and continued with them as an advisor from 2006-2012. Dan specializes in working with small business, independent contractors, retirees, and services several retirement plans. He has a well-defined investment process and has built a team around his practice to facilitate comprehensive retirement, estate, and cash management strategies for his clients.

Danny graduated with a degree in Economics from Arizona State University in 2005. He is a current member of the Canyon Oaks Men’s Club Board and participates in several other organization’s community events. Dan currently holds a Series 7 license and a Series 66 with LPL Financial. He is registered in the following states: CA, AL, AK, AZ, CO, CT, DC, FL, HI, ID, IL, LA, MA, ME, NC, NV, NY, OK, OR, TN, TX, UT, and WA.

Danny is married to his beautiful wife Taryn Mehan and they have a daughter Elle Mackenzie Mehan born in Sept. 2011, and son Luke Maxwell Mehan born April 2014.